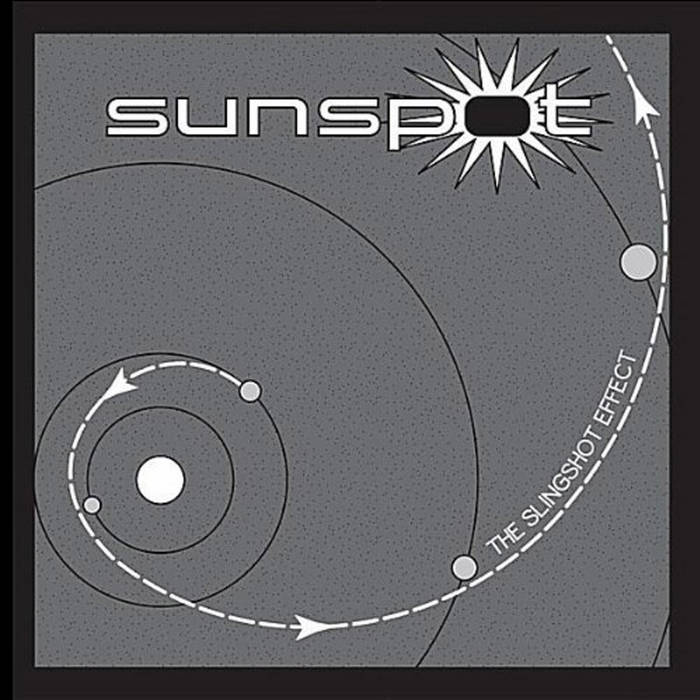 As a trio that has staked its very existence on making obscure references and turning them into something universally palatable, Madison rock band Sunspot has once again pushed its musical boundaries with their latest album, The Slingshot Effect. As the theme this time around, singer/bassist Mike Huberty says that The Slingshot Effect is the “rock ‘n’ roll equivalent of the Sci-Fi Channel.”

“This is Sunspot’s electro-space rock record,” Huberty adds. “Whenever we would watch a movie about the future when we were growing up, the music they listened to was always very industrial-sounding. Since we are living in the future now, we wanted to bring those influences into our new album.”

The full-length, which is an extension of the EP the band released in March, Deus Ex Machina (and those three songs are also featured on The Slingshot Effect) pushes the envelope thematically. That means turning monsters into the heroes of “We Are The Darkness,” reframing humanity as celestial beings in “Stardust,” and showing how protectors aren’t always saving the right people in “Guardian Angel”. “Cannibal" has a little bit of all history's favorite man-eaters in it. And “The Slingshot Effect” itself is inspired by the method of time travel in Star Trek (whipping a spaceship around the sun at faster-than-light speed), wherein a person can’t alter the past no matter how badly he or she might want to.

Also true to form, Sunspot put much of the focus on the music and on the studio aspect itself. “The recording process for this album was unique for us in that we worked a lot more with different percussion sounds, on top of our usual live drum sound,” says drummer Wendy Lynn Staats. “The Major Arcana (rock opera) tour made us comfortable with incorporating electronic sounds and samples into our standard live rock format. I think it impacted our whole approach to writing and performing this album, and took our songs in a new and fun direction.”

The band also took advantage of some new gear, including guitars that Huberty and guitarist Ben Jaeger received as part of an endorsement with German company Hoyer. “We generated some great sounds and our engineer, Eric Katte (Doug Stone, Ricky Skaggs, and Kenny Rogers), continues to show his mastery of the mixing board and his passion for our music,” said Jaeger.

But along with that passion comes a love for what Sunspot does best—which is to surprise its fan base and entertain them thoroughly at the same time. “The fun part is taking something conventional and twisting its meaning completely around,” said Huberty. “We love finding the fantastic in the ordinary.”

Engineered and mixed by Eric Katte

Written and Performed by Sunspot